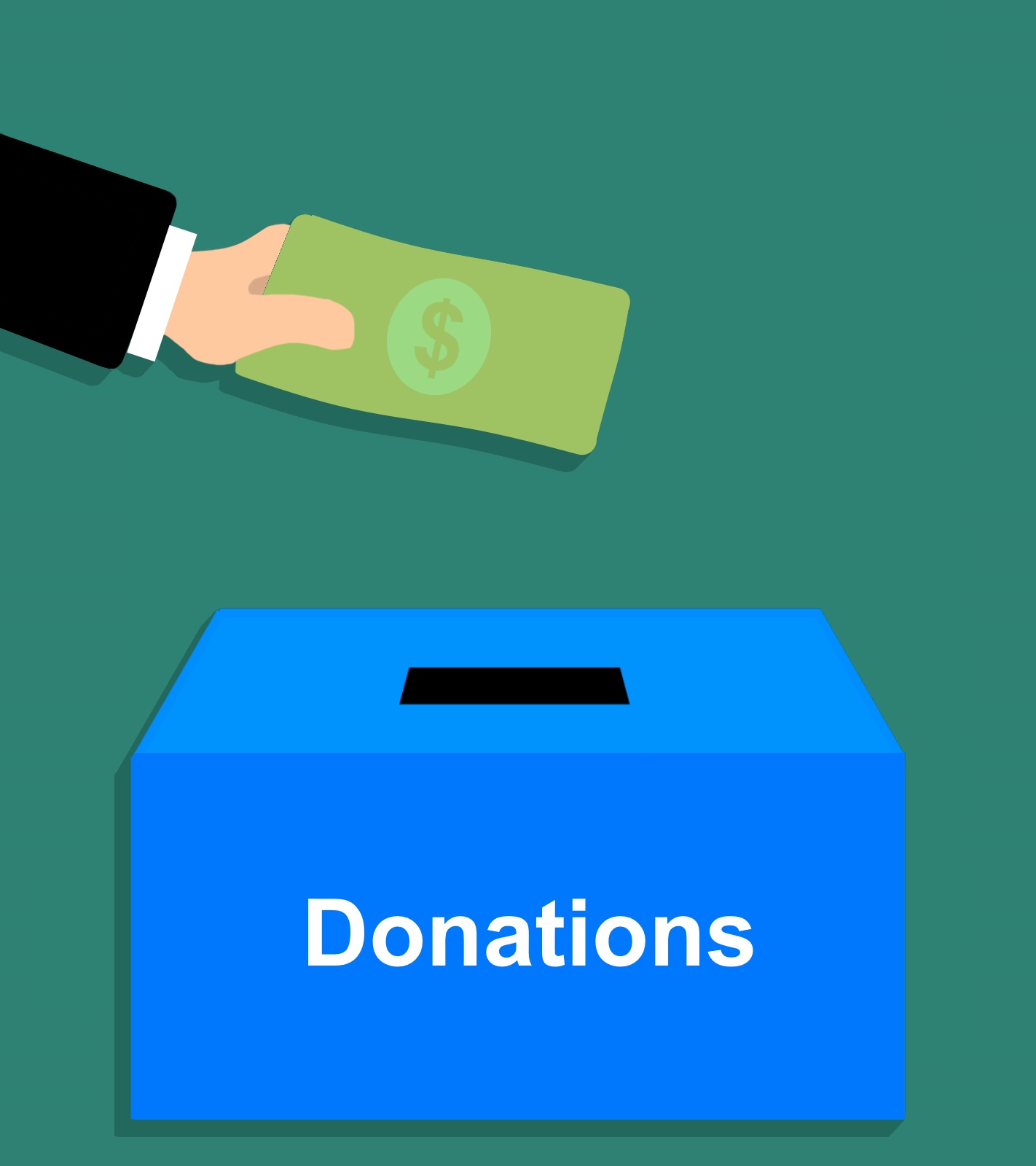 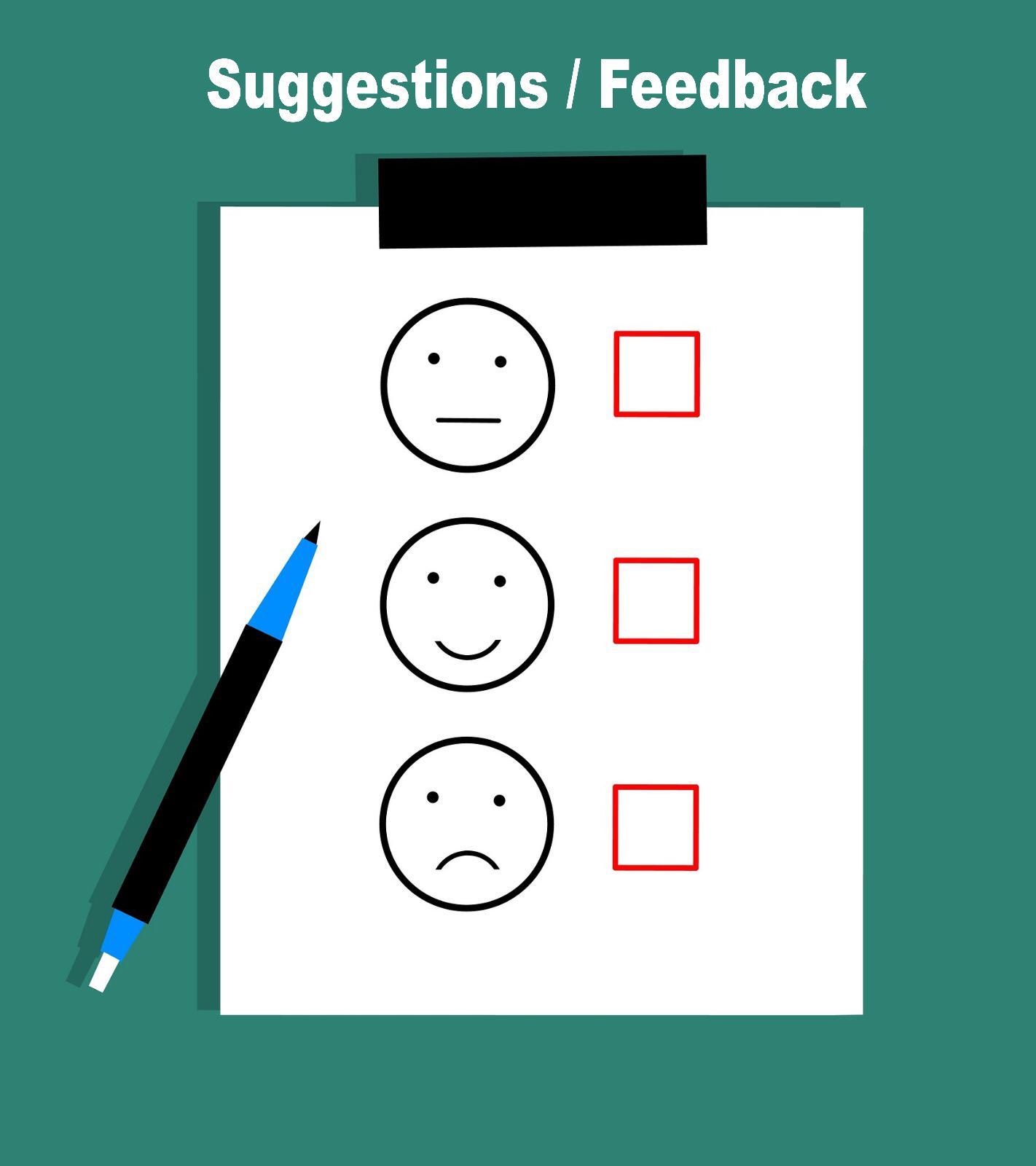 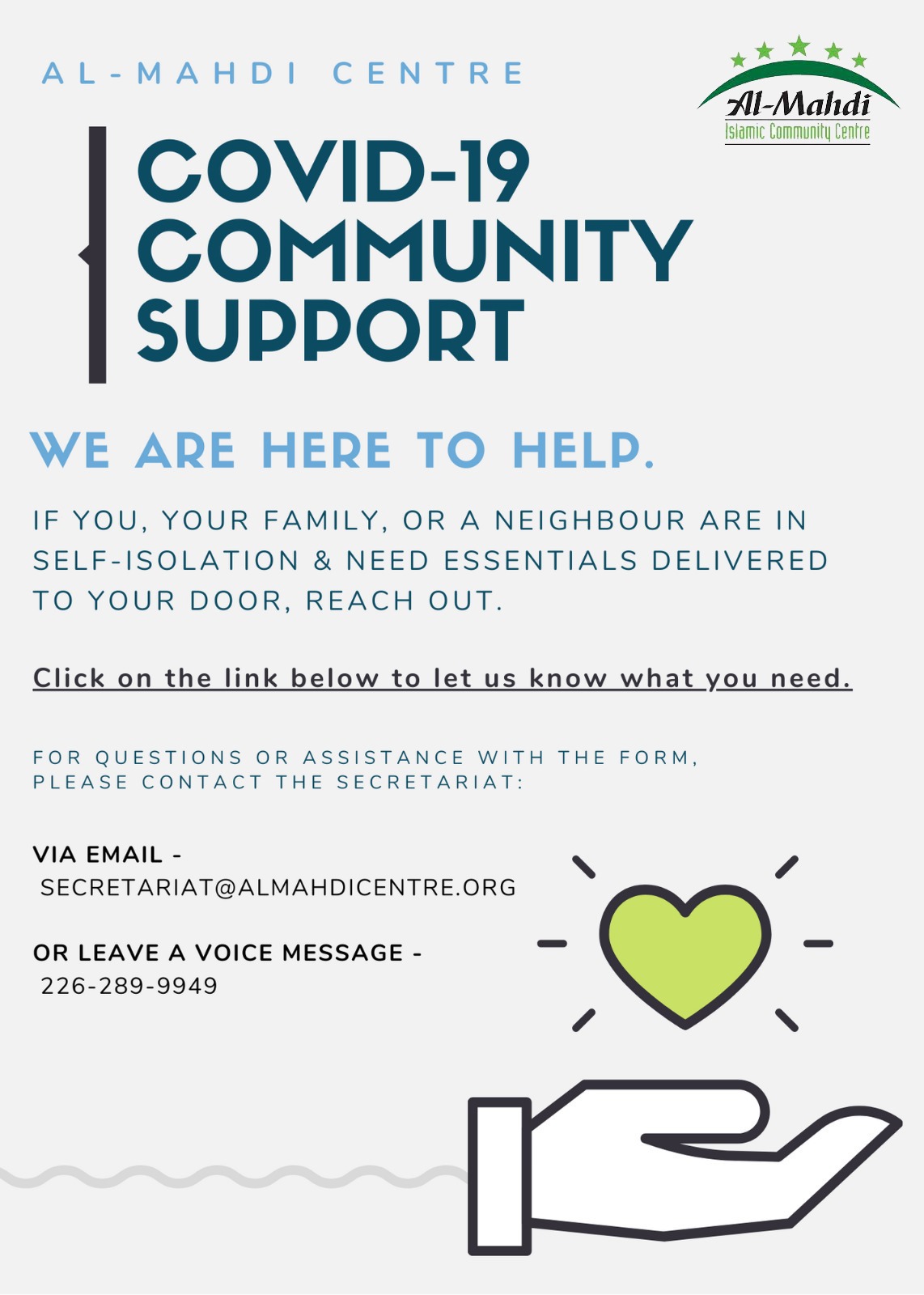 In light of the COVID-19 Coronavirus situation, the Board of Directors has decided to close the Centre and suspend all programs — including Jumu’ah Salāt, Madrasah, and Scouting — effective immediately.

The decision to close the Centre was not taken lightly and is out of precaution as the safety and health of the community is of utmost importance.

For updates on distance programs and communications from the Board, please monitor the emails and WhatsApp messages sent by the Centre.

We ask Allah SWT to protect the health and wellbeing of all our community — locally and around the world — and to grant a swift recovery to all those who are ill and suffering.


Board of Directors
Endowment Council

Don't worry this is not another message regarding coronavirus! However, seeing that many people are scared and worried about being afflicted with this virus, we would like to present some golden narrations that were uttered by the supreme doctors (peace be upon them), Ahlul Bait...the doctors who present the cures to all sicknesses, whether those sicknesses pertain to our spirits or bodies.

The narrations and advice presented in this post pertain to foods that are good to consume in order to be protected or cured from sickness in general.

We don't mean to say that one should refrain from listening to doctors, medical advice or should refrain from consuming his or her medication provided that a doctor has prescribed that medication for their specific sickness. Rather, we encourage people to listen to doctors and to apply the advice mentioned in these traditions (as long as your doctor allows you to consume these foods), hopefully one will be protected or cured (from sickness).

Durust son of Abi Mansoor says "Mufadal son of Umar sent me to Aba Abdillah (Imam Sadeq- peace be upon him). He sent me with a bunch of gifts so I may give them to the Imam. Thus I went, and I entered upon the Imam during an extremely hot day. I saw him as there were green apples on a tray in front of him.  I swear by Allah I couldn't hold myself for long until I addressed him saying 'may I be sacrificed for you! How come you are eating this food (green apples) when people don't like them' (it seems that the people of that time used to detest eating green apples).

He responded as if He knew me for a long time (as in the Imam spoke to him in a gentle manner as if they shared friendship for quite a long time) and said 'last night I fell ill. I was afflicted with a fever, thus I sent someone to bring me green apples and they did. Then i ate (green apples). (Certainly) it removes fever and restores one's normal temperature'".

The narrator says "I went back home and i found my wife (or family) afflicted with fever thus I gave her (or them) green apples and the fever was removed".

Note: This tradition informs us that eating green apples is very beneficial for people with fevers, however other traditions mention that apples in general have other benefits.

"The people of Mecca were (once) afflicted with a plague so I wrote a letter and sent it to Abil Hassan (peace be upon him- complaining to him about the issue) so he wrote back to me saying 'eat apples'".

Bear in mind that several Imams had the epithet (kunya) Abul Hassan (father of Hassan), such as the Commander of the faithful, Imam alKadhem, Imam Ridha and Imam alHadi (peace be upon them all). However, since they're all one light, knowing which Abil Hassan is mentioned in the tradition will not make a difference.

Based on these two traditions it is quite clear that apples are super beneficial and are a great natural remedy for plagues and fever.
The famous statement we all know says "an apple a day keeps the doctor away!".

Abdur Rahman son of Zaid son of Aslam is narrated to have said that Aba Abdillah peace be upon him said: " the Messenger of Allah (peace be upon him and his family) said 'if you enter a city then eat from its onions (the onions of that city); (if you do so) the plague of that city will be pushed away from you'" (as in if the people of that city are afflicted with a plague you will be protected from it- however remember prevention is better than cure so if you don't have to enter a city in which there is a plague then don't!).

May Allah protect us from sickness and plagues and may He cure all the sick for the sake of Imam Zainul Abideen, and the sick Fatima daughter Hussain (peace be upon her and upon her father who was slaughtered beside the Euphrates thirsty).

Alhamdulillah our community is blessed with a Madrasah that runs on Sundays from September to June. We teach children  Arabic, Quran, Deen (Jaffari school of thought) and Salat. Madrasah begins at 10:00am-2:00pm at Wheable (70 Jacqueline St.)

Alhamdulillah our community is blessed with a Madrasah that runs on Sundays from September to June. We teach children  Arabic, Quran, Deen (Jaffari school of thought) and Salat. Madrasah begins at 10:00am-2:00pm at Wheable (70 Jacqueline St.)